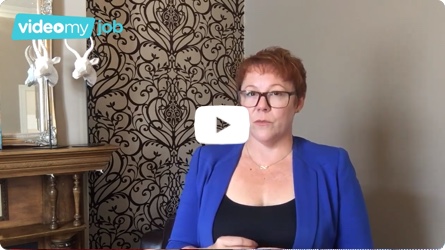 Over their long history, their social purpose and commitment to the community has remained the same; to create connections and opportunities that matter to every Australian.

Australia Post knew that women are perfectly capable of driving trucks, but that they often didn’t associate those roles with their own capabilities, commitments and preferences.

With job-specific EVP research already in place that was gender-agnostic, Australia Post dug deeper through employee focus groups and candidate interviews to understand the barriers and opportunities available to them to increase female participation, and discovered the following:

With this in mind, they set out to enhance their end to end employee journey, comprising awareness, consideration, conversion, onboarding and retention.

Australia Post continued to commit to their overarching EVP philosophy which was to ensure a balanced and authentic reflection of their culture, which consults and does not sell, to enable talent to make the right career choice.

These phases were designed along a female-focused candidate journey that stretched from awareness to probation:

To ensure authenticity and resonance, all three stages were informed and actively supported by a large group of employee ambassadors, made up of both women and men, committed to increasing female participation in the logistics workplace.

An initial awareness-raising campaign that encourages prospective candidates to join a community interested in finding out more. Australia Post thought the best way to attract women to the business was the highlight some of the women that make up part of the Australia Post Group’s driving community. So, Australia Post hit the road to meet with five women that told them about their choice to join the team, what initially attracted them to the role and what keeps them happy in the job.

Creative: hi res video development of a selection of women drivers, showcasing the environment and leaning into the assumptions and concerns that these women had before taking the role, and what they have discovered since joining the team.

Channels: The output was a selection of videos of various lengths, which Australia Post played on Facebook for their target audience and optimise the campaign week by week. Australia Post also shared the campaign across all internal communications channels and the ambassador group to encourage employees to share the content with their networks.

Creative: in a second marketing wave, Australia Post used pictures and EVP-based quotes to target the audience that interacted with the videos in Phase 1 and drive direct traffic to the Expression of Interest.

Channels: These ads were presented on Facebook and Instagram, and shared widely by their employees as well as recruitment and digital marketing teams.

Expression of Interest: using Text.io to ensure that all the language of the campaign is female-friendly.

Targeted opportunities: Australia Post used VideoMyJob to present specific job openings to candidates based on the information provided in the EOI.

Expectation management: Australia Post used VideoMyJob to develop further insight- based video resources that candidates could review and structured points along the lifecycle. These comprised interviews with managers, interviews with other staff, meet the recruitment team and an overview of what to expect once you apply.

To ensure that their successful candidates were able to continue the journey that Australia Post had started with them, they also introduced: 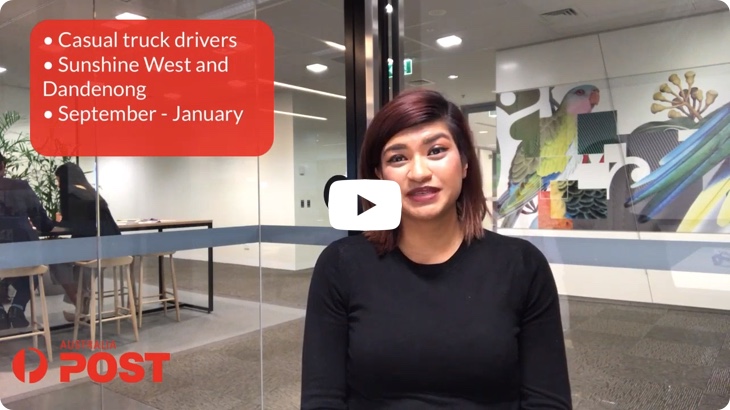 A very successful campaign in terms of creating momentum and improving awareness, Australia Post will now ensure that the creative, channels and the EVP statements continue to be used alongside regular recruiting activity to keep female participation rates up and to improve engagement along the end to end experience.

Ready to unleash the power of video?

Get in touch to schedule a live demo.